“The level of riding was incredible, I was on my toes, I knew those last two guys behind me had a lot in them to pull it together so I just wanted to land that run and do it the way I wanted to, so I’m over the moon.”

After scoring an unbeaten 94.25 in his first run, James then went on to beat his own score with an incredible 97.50 on his third run.

The win continues James’ unbeaten season so far, which includes a gold medal at the X Games and championships across Europe and North America. 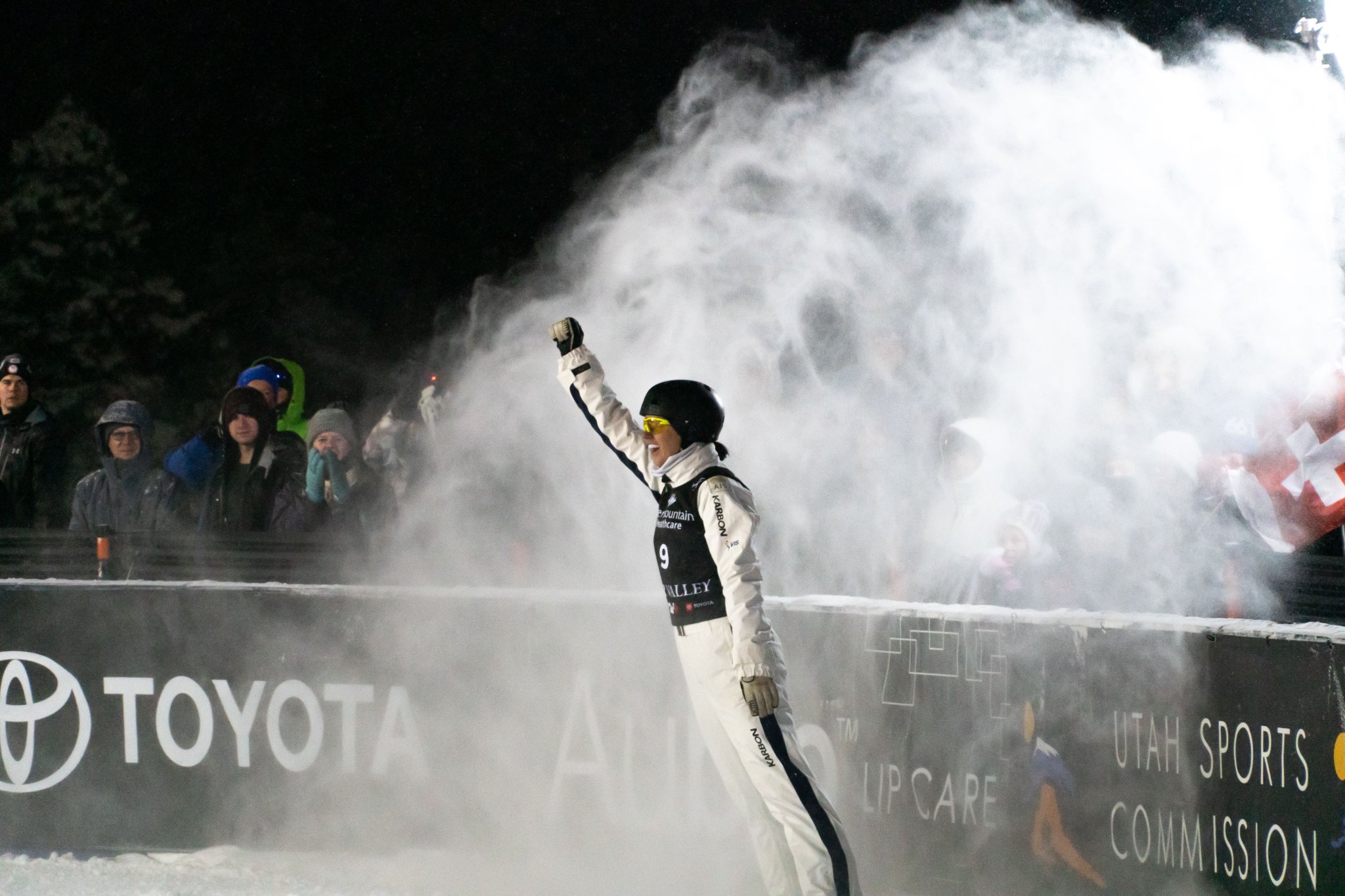 Sitting in gold medal position with the final three aerial skiers still to come down the hill at Deer Valley in Utah, VIS’ Laura Peel narrowly missed out on a medal at the FIS Freestyle World Championships.

However, as each competitor came down the hill, Peel slowly saw the medal disappear until eventually her score of 87.77 was not enough to secure a medal with Mengtao Xu rounding out the podium with her score of 89.88.