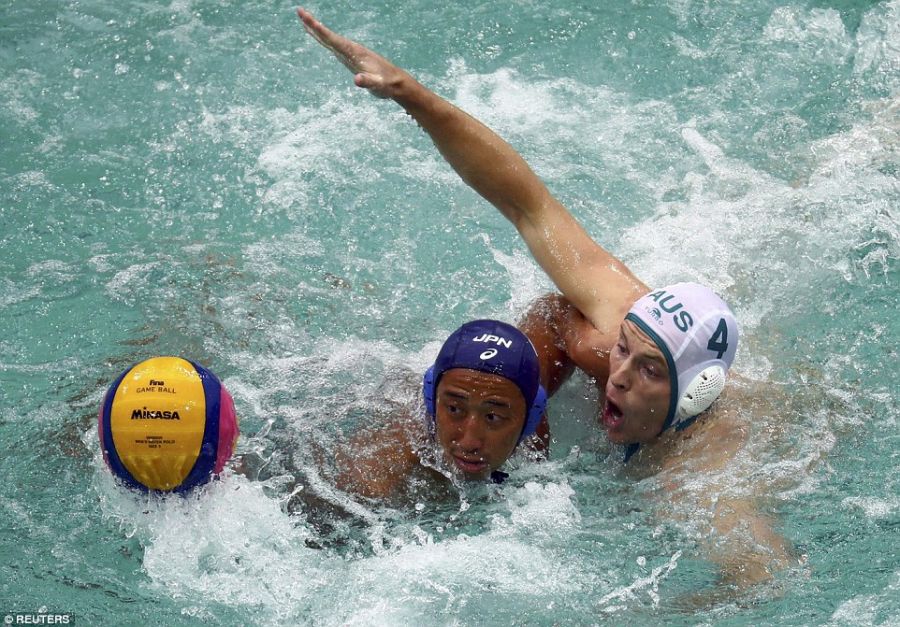 The Australian men's water polo team have taken out their first win of the Rio Olympic Games, defeating Japan 8-6 in a scrappy preliminary match.

The Aussies knew they needed a win to keep them in contention for a medal and upped the intensity after Japan's Keigo Okawa scored the first goal in the opening period.

Australian superstar Joe Kayes was able to equalise but Okawa quickly returned to keep Japan in the lead at quarter time.

Japan looked like they were getting away in the second quarter after bringing their score to 3, but Joel Swift capitalised on a man advantage to decrease the margin and Aaron Younger tied the game up with a beautiful shot with 34 seconds to go.

A focused Younger quickly found the back of the net in the third quarter and was followed by Kayes a short time later who was able to bring the score to 5-3.

With Japan shaken, Younger gathered momentum and went on to score his third goal of the match.

But Japan weren't giving up without a fight and started to claw back by scoring two late goals to bring the score to 6-5 before the fourth quarter.

Japan scored once more in a last ditch effort to keep in the game but Australia were still on top when the final bell tolled.

Following a loss to hosts Brazil and a draw with Hungary to open the campaign, the win boosts Australia's chances of advancing to the quarter-finals with the top four teams from the six-country pool.

The men's water polo team will next face powerhouse Serbia on Saturday 13 August at 11:10am (AEST).