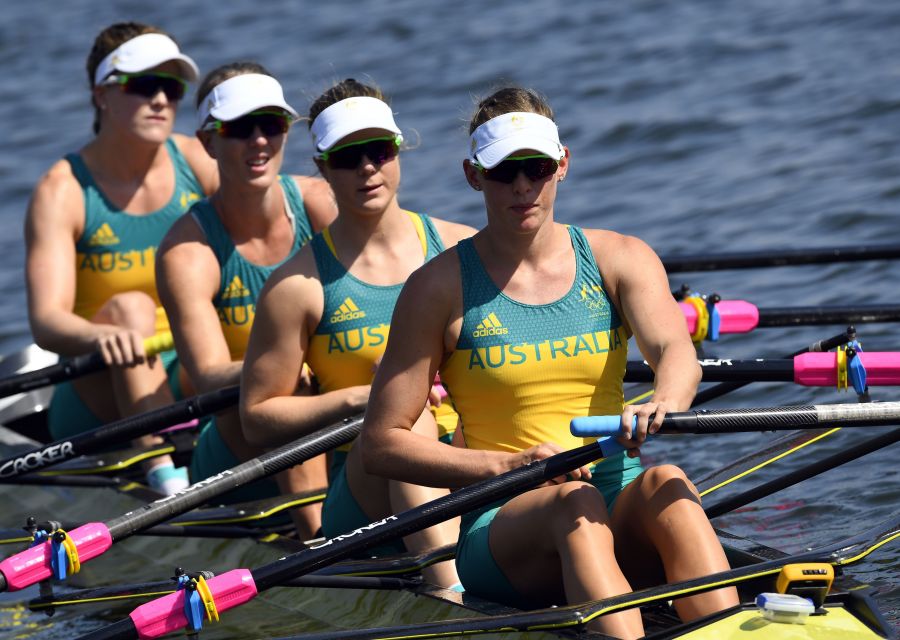 The rowing competition resumed on Monday after an unscheduled day off due to wind and rough water in Brazil, with several dominating performances and a few surprises.

The men’s four of William Lockwood, Joshua Dunkley-Smith, Joshua Booth and Alexander Hill had a cracking start to their campaign with the crew winning their heat in a time of 5min 54secs and progressing straight to the semi-finals on Wednesday.

The Australians flew out the start ensuring a good lead was in place by the 500 metre mark, a lead that they further capitalised on by the half-way mark. As the crew approached the 1500m point they had a clear water advantage which saw them cross the line with a comfortable win.

The crew were the fastest qualifiers for the semi-finals, with reigning champions, Great Britain, and World Champions, Italy, qualifying through the other two heats, direct to the semi-finals, less than a second behind the Australians.

The women’s quadruple sculls of Jessica Hall, Kerry Hore, Jennifer Cleary and Madeleine Edmunds, made a shock exit from the Rio Games when the crew finished fifth in a tightly fought repechage and therefore missed out on a spot in the A-Final.

After posting the fourth-fastest time in the field in the heat with just the top crew advancing straight to Saturday's medal race, the Australians looked in good shape heading into the repechage round.

The Netherlands and Poland tussled for first place with Australia, China and the USA battling to line. A photo finish handed third place to China, 0.05 ahead of USA, with Australia a further 0.06 seconds behind and the only crew to be eliminated.

The result was somewhat unexpected since the crew had had a good lead-up to the Games, finishing with a silver medal at the final 2016 World Rowing Cup 3 in Poland, the last international racing event before the Games began.

The women’s eight took to the water immediately after their team-mates in the first heat of their boat class. Requiring a first place finish, the crew flew out of the start in a bid to chase down favourite USA, as well as Netherlands and Romania.