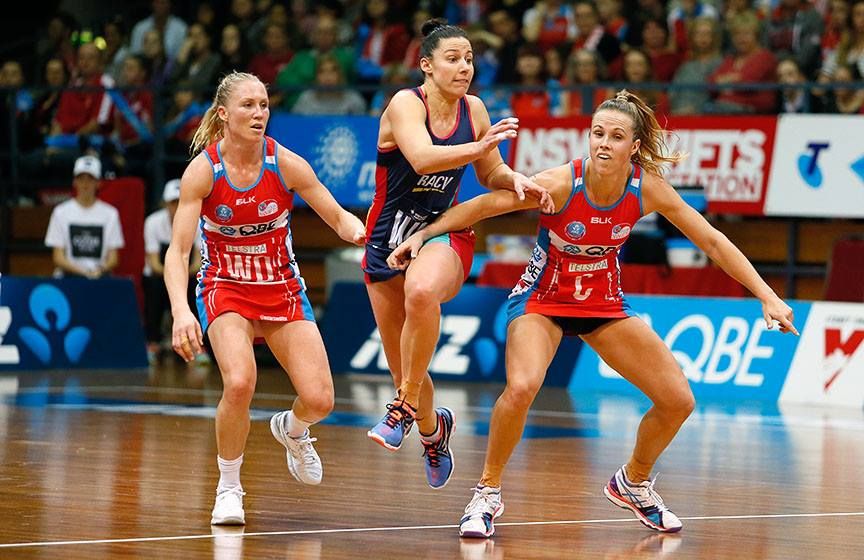 The Melbourne Vixens 2016 ANZ Championship campaign has come to an end after going down to the NSW Swifts 53-67 in the Australian Conference Elimination Final in Sydney.

The star-studded NSW Swifts line-up came out of the blocks firing, moving the ball fast in attack and racing out to a quick lead.

The Vixens’ nerves settled as the opening quarter wore on and some great feeds into 19 year old Emma Ryde by Captain Madi Robinson and Liz Watson helped the visitors draw back to trail by only four at the first break.

McKinnis turned to her bench in the second stanza, bringing Emily Mannix into the mix for Geva Mentor at goal keeper, and substituting Kim Commane for Alice Teague-Neeld in goal attack.

In what proved to be a match-defining term, the Swifts defenders stepped it up a notch, creating lots of turnover ball which was expertly converted by the seasoned shooting duo of Caitlin Thwaites and Susan Pettitt.

Recording only one miss in the first half, the Swifts stormed ahead to a 37-25 lead.

The home side’s momentum continued into the third term.  Intense defensive pressure forced the Vixens to work overtime to reach the circle, providing Swifts duo Sharni Layton and Maddy Turner the opportunity to pounce and pick off turnovers.

Despite strong passages of play for the Vixens, the NSW Swifts enjoyed an 18-goal buffer with one to play.

The last term was all about the Vixens young guns, with Ryde, 19, Teague-Neeld, 20, Chloe Watson, 22, Kelsey Browne, 24 and Mannix, 22, all taking the court and contributing to a strong final term.

Despite the late resurgence, the experienced NSW Swifts proved too strong and secured themselves a place against the Queensland Firebirds in next week’s Australian Conference Final.