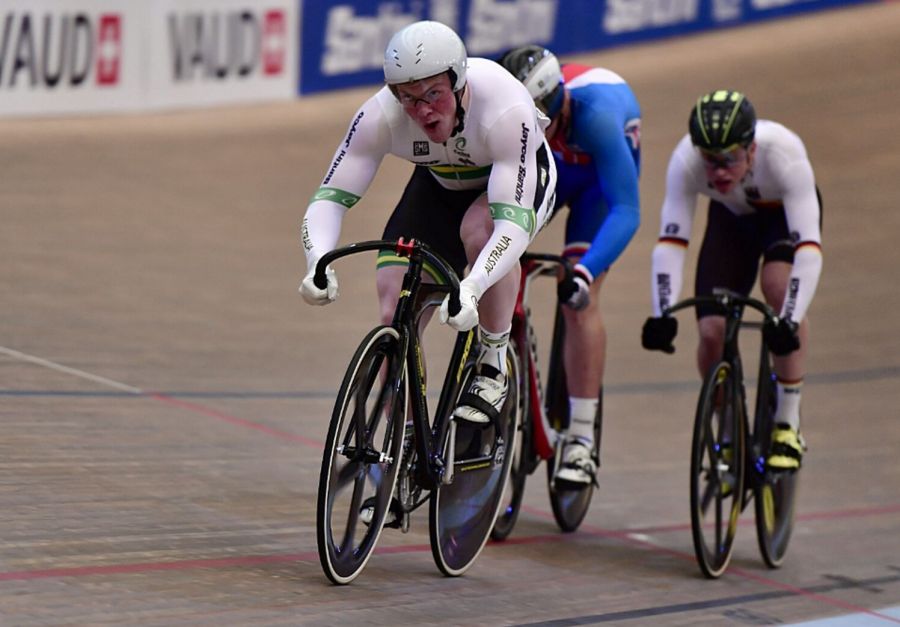 Rowley claimed Australia's only world title with victory in the men's keirin on day two. Rowley who has been the Australian Champion in the event, looked unbeatable from the start of the competition as he combined his tactical knowledge and speed to claim his second medal in two days.

He claimed his maiden world title in convincing style with a powerful finishing sprint in the keirin final to emerge at the top of the 44 rider field.

Australia claimed success in the first ever women's Madison at world level with VIS athlete Ruby Roseman-Gannon and Jade Haines (WA) taking a convincing victory in the exhibition event on Day 4.

Kelland O'Brien took bronze in the Madison, on the final day of the 2016 UCI Junior Track World Championships. O'Brien and Cameron Scott (NSW) came close to making it back to back Madison titles for Australia, having led the race at the half way point before finishing with the bronze medal.

VIS duo Thomas McDonald and Godfrey Slattery finished next to each other in sixth and seventh in the 3km individual pursuit.  McDonald stopped the clock in 3mins 18.205secs with the younger Slattery half a second further back in 3mins 18.774secs.