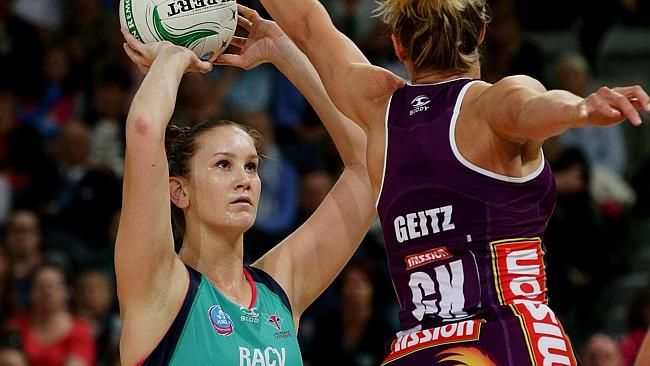 The Melbourne Vixens have gone down fighting 44-56 against defending champions the Queensland Firebirds in their Round 10 ANZ Championship clash on the Gold Coast over the weekend.

However, the Vixens were ultimately left rueing missed opportunities as Firebirds skipper Laura Geitz, playing her 150th national league game, applied the pressure and restricted the Vixens goalers to just 55 per cent for the first quarter.

The Vixens trailed 5-11 at the first break, before they launched a gutsy comeback to reach within two goals of the Firebirds.

But their fight back was short-lived, as the defending champions broke away to lead by four goals at half time.

The Firebirds’ pressure continued to mount in the second half, as they established a game high nine-goal lead in the early stages of the third quarter, eventually running away with the 12-goal victory.

“As a team we are really disappointed in the way we started the match today.  We have been talking all season about stringing together four good quarters and you just can’t start a game the way we did tonight,” experienced Vixens defender Geva Mentor said after the match.

“We need to stick together as a team, learn from the things that didn’t go to plan out there tonight and make sure we come out firing next week.”

Karyn Bailey finished with a shooting percentage of 76 per cent, goaling 19 from 25 attempts, while Teague-Neeld finished with 11 from 17 attempts and Kim Commane 14 from 19 attempts.

The Vixens are now on track to return to Melbourne, where they will host the Northern Mystics at Hisense Arena on Sunday from 12.00pm.