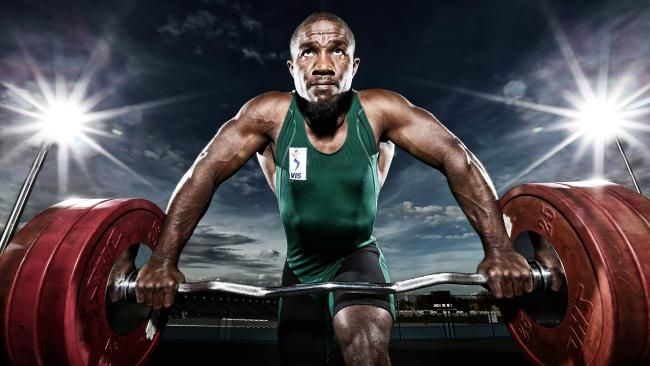 The Olympics will mark a remarkable comeback for  Simplice after he was struck down by Malaria in 2015.

The 33 year old booked his spot on the plane to Brazil with a higher percentage total than dual Olympian Damon Kelly and Rio hopeful Francois Etoundi.

“I don’t have the words, it’s just happiness to represent Australia and I now I need to fight to be on the podium.”

The Cameroon-born athlete had been back in his home country with family after his father passed away in early 2015 and it was there he contracted the disease.

Ribouem has been working with staff at the VIS, particularly on nutrition, as he returns from having around six months off the sport last year.

“I was on antibiotics before Fiji. I’ve managed to come back by training and antibiotics.

“I’ve been building up more strength and power. I’ve found that really helpful.”

It’s been an eventful career for Ribouem, after competing for Cameroon at the Melbourne 2006 Commonwealth Games he decided to stay in Australia and build a life. He’s since had two children (4 and 3) with his partner.

Four years after moving here, he went on to represent his adopted country – claiming what he describes as his career highlight - a gold medal at the Delhi 2010 Commonwealth Games and then silver at the Glasgow 2014 Games.

Ribouem headed into the competition in Fiji as the top ranked Australian male and cemented that position with strong lifting.

“Before the competition I was quite confident. First we had to secure the quotas for Australia, then it was individual qualification.”

Since his relief at securing nomination for Rio, he’s had the past week off, spending some much needed time with his family.