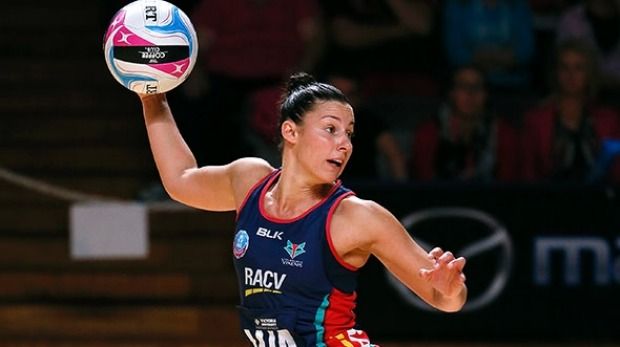 The Melbourne Vixens have claimed a 23 goal victory over the WBOP Magic at Hisense Arena on Sunday.  In Round 5 of the ANZ Championship the Vixens registered their first victory at home this season, winning 57-34.

Significant improvements were made from previous rounds with a four quarter effort displayed. Head Coach Simone McKinnis said “We have been able to consistently say that since the Swifts game we have progressed well as a team.  Each game we have made improvements and that is what we are all about at the moment”.

The Vixens opened the floodgates early in the first quarter when shooter Emma Ryde successfully hit target three minutes after the starting siren.

Liz Watson and Kate Moloney were an unstoppable force creating several scoring opportunities to give the Vixens a 10 goal lead at the main break.  Geva Mentor was just as valuable at the other end of the court with her nullifying role on the Magic attack.

Kelsey Browne had an immediate impact at centre when she replaced Liz Watson after the break, with Kim Commane finishing off Browne’s excellent mid court work, shooting 25 from 29, in a breakout performance.

Leading by example, Vixens captain Madi Robinson was inspirational throughout the fourth quarter and was ultimately named MVP for the match.  Robinson had 19 goal assists in helping the Vixens to their 23 goal victory.

The Vixens travel to Christchurch next week to take on the Mainland Tactix in Round 6 of the ANZ Championship on Monday, 9 May at 4.00pm AEST.