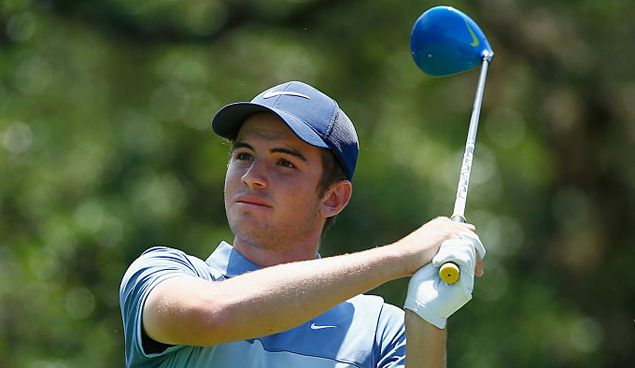 Days after celebrating his 18th birthday, VIS golfer Ryan Ruffels posted his best finish in the sixth of his seven US PGA Tour invites at the Zurich Classic in New Orleans, USA.

Finishing the rain delayed tournament with -8 to tie for 20th, Ruffels was agonizingly three shots shy of earning a “free” start at Quail Hollow with a top-10 finish.

The performance meant Ruffels has now banked more than $100,000 on the US PGA Tour this year, but his chances of winning a top-125 equivalent finishon the FedEx Cup points table which would automatically secure him a 2017 Tour card, are now remote.

With just one more invitational start to use, Ruffels will need to focus on earning enough money at his next start, most likely the Memorial Tournament in early June, to ensure a berth in the Web.com Tour four-week finals series later this year as his path to a 2017 card.

Ruffels is “just now starting to feel confident” he can match it with the big guys on tour.

“I got a bit knocked around my last three starts (missed cuts at Arnold Palmer Invitational, Heritage and Texas Open), but it taught me a lot,” Ruffels said.

“It wasn’t what I wanted to happen, obviously, but it was a good experience to go through and I know it probably didn’t look like it from back home, but I actually started to go all right towards the end.”

“I only missed the cut by one and was just getting a feel for the course, so that has helped me (mentally) this week.

“But what it shows is the hard work is paying off and if I can get rid of those `amateurish’ mistakes, then I’m not too far off.”