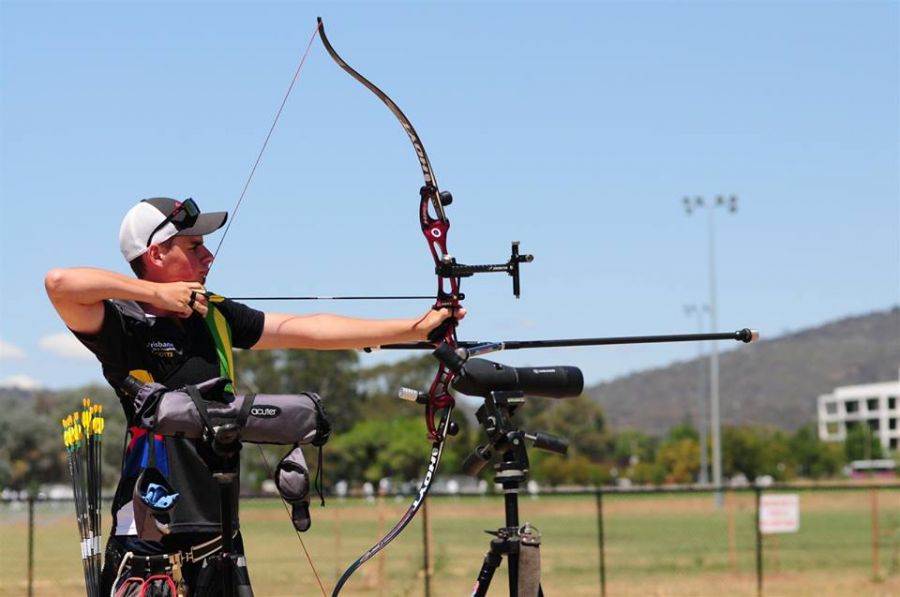 VIS archer Alec Potts has been selected in the three-man archery team to represent Australia at the Rio Olympic Games in August.

Potts and Ryan Tyack (24) will make their Olympic debuts in Rio, alongside 2012 Olympian Taylor Worth who impressed in London four years ago. They overcame a strong challenge from triple Olympian Matt Gray for the three spots.

Potts shot an Australian record overseas score when third in qualifying at the Shanghai World Cup this year, Tyack is the 2014 world indoor champion and Worth, who was ninth at the London Olympics, was also ninth at the 2015 World Championships.

They combined to finish eighth in the Team event at the 2015 World Championships to secure Australia three men’s spots for Rio and were only a few points, or literally millimetres, off the medal rounds. Potts in particular has developed a lot of experience since his first World Championships and the team is going from strength to strength.

The three Australians will contest the Team and Individual events at the famous Sambódromo venue, home of the Carnival in Rio, and they can’t wait to help each other achieve their dreams in Brazil

The trio of young men have shown over recent years, and a tough selection process, that Rio could be the Games where Australia wins its first Team medal.