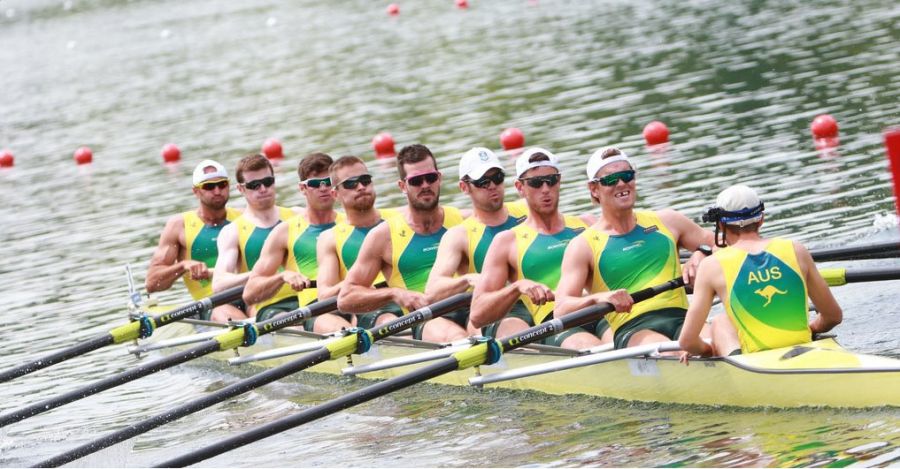 The Australian men’s & women’s 8+ crews gave it their all in a bid to qualify for Rio 2016, but fell agonisingly short at the Final Olympic Qualification Regatta in Lucerne overnight.

Placed in Lane 2, the crew were up against China, Romania, Netherlands and Germany, with the Dutch the favourites to claim one of the spots.

The Dutch were the fastest out the blocks, along with Romania, and the battle ensued between them for the majority of the race, with Australia nipping at the heels of the leading two crews throughout.

However, the Romanians and Dutch proved to be too strong and they were first and second over the line, with Australia finishing third with a time of 6.07.35.

In the Men’s Eight, Australia were hoping to replicate their strong performance from the race for lanes earlier in the week.

The crew, which included VIS athletes Fergus Pragnell and Tim Masters, laid it all on the line in a bid to qualify the boat for the 2016 Rio Olympic Games.

Needing a top two finish and racing against crews from Poland, Italy, USA and Spain, the Australians shot out of the start rating at 50 and at the 500 metre mark were in second place.

However, at the halfway mark the USA began to make its move in a bid to chase down race leaders Poland, with Australia slipping back to third place.

With 500 metres to go, it was neck-and-neck for the USA and Poland, with Italy in third and Australia in fourth.

The Australians were rating at 40 by this point, looking to get back into contention and book one of the last two places for the Rio Olympic Games.

However, the Americans and Poles fended off their challenge, as well as Italy’s, with the USA crossing the line first in a time of 5.29 and Poland second (0.46 second behind), agonisingly Australia were fourth in a time of 5.33.