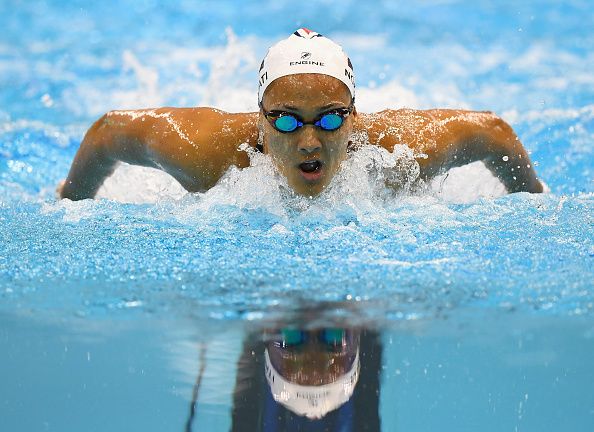 The VIS can now boast 10 swimming athletes who have qualified for the 2016 Rio Olympic and Paralympic Games following a hughley successful campaign at the 2016 Australian Swimming Championships in Adelaide last week.

The Victorian Institute of Sport can now boast 10 swimming athletes who have qualified for the 2016 Rio Olympic and Paralympic Games following a hugely successful campaign at the 2016 Australian Swimming Championships in Adelaide last week.

Mack Horton set the tone for the whole meeting with a sizzling PB in the 400 metres freestyle. His time of 3:41.65 propelled Horton up the rankings to second place on the all-time list of Australian 400 metres results. Mack is second only to the great Ian Thorpe.

Finishing in front of Olympic silver medallist Grant Hackett who was attempting his final Olympic tilt, Horton’s time was faster than Hackett had ever swum in his career.

The VIS athlete who turns 20 later this month, said he was happy with his 400m time but expects even more improvement to come in Rio. “I saw 3:41 but I thought I want to go faster. I’m happy to be on the team but still want to go faster.”

Horton bookended the meeting with a runaway victory in the 1500 metres, again setting a PB and pushing up the Australian all time rankings to number two, behind Hackett.

Horton won’t be the only VIS athlete making their swimming debut at Rio, with 21 year old Koti Ngawati securing  her place on the team by finishing second in the 200m individual medley.

Koti, who said it was her “dream” to make Rio, received huge support from the stands as she looks to prepare herself for the biggest competition of her life later this year.

Overwhelmed with emotions, Travis Mahoney bravely finished second in his 400m individual medley and, like Koti, he was also under the qualifying time and cemented his place on the Olympic team.

Dedicating his performance to his late aunt, who passed away after a nine year battle with cancer, Mahoney swam in her memory and was rewarded with a ticket to Rio.

“I thought about how tough she was, her presence was what got me home. She inspired me so much through training and when it was really hard in the pool.”

Josh Beaver also booked his ticket to his first Olympic Games by finishing second in the Men's 200m backstroke in 1:56.19. Fellow VIS swimmer Matson Lawson finished in third place in 1:59.37.

Dual Olympian Belinda Hocking produced one of the swims of the meet in the women’s 200m backstroke, beating a World Champion and two rising young stars to take the Australian title in a new All-Comers record time of 2:06.49 as she eyed off a third Olympic team.

Hocking, who competed in the 200m backstroke in Beijing and London, will get another chance to race for a medal. After months of injury and uncanny bad luck, the comeback to form and to the top of the dais is welcome news for the hardworking athlete from the Nunawading Club in Victoria.

“My nerves got better and better as the competition went on but I really felt at peace tonight, coming into this,” said Hocking who had six months out of sport and made significant changes to her training when she got back into the pool.

“Yes, there were nerves but I have a fantastic life that I have built up over the last six months with my support system so I couldn’t be happier.

“I had confidence in knowing that this was my life journey and no matter what the outcome tonight I would be happy with it.

“I needed to take the time out to decide why I was swimming and not do it for anyone else except me.”

Monique Murphy (S10) received perhaps her greatest ever birthday present on the third day of competition, with an extraordinary swim in the 400m Multi-Class prelim. A PB for Murphy, the 22 year old is now ranked no. 1 in the world for this event with her time of 4:33.67,which is a little more than half a second off the current world record. Later that evening, Murphy cemented her place on the Australian Paralympic team by winning the final in 4:35.53.

Joining her will be fellow VIS scholarship holder, Ashleigh McConnell. McConnell scored 952 in her 50m freestyle Multi-Class final and will fulfil a personal ambition to head to the 2016 Rio Paralympics.

If she needs any advice  she may want to speak to Ahmed Kelly who confirmed his spot on his second Paralympic team after finishing as the second qualifier in the men’s 50m breastroke Multi-Class on 888 points.

19 year old Timothy Disken has also been named after placing third on 841 points in the 200m individual medley Multi-Class final.

Tanya Huebner also gained Rio Paralympic selection as she was the second qualifier in the women’s 100m MC Breaststroke finishing with 809 points.

34 Australians were selected on the Olympic team, and 31 athletes on the Paralympic team.