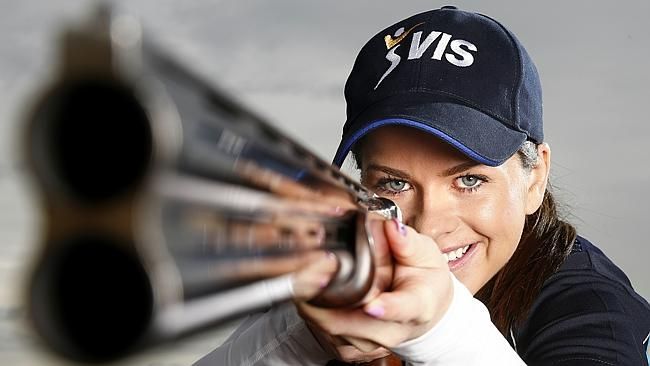 A host of young guns under the guidance of Olympic veterans will hit the range at the Rio Games, with three VIS shooters announced on the Australian Olympic Team at a selection event in Sydney on Friday.

Aislin Jones will make history in Rio as she becomes Australia’s youngest ever Olympic shooter.

At 16 years and 181 days when the Games kick-off on 5 August, skeet shooter Jones will easily set a new mark for the youngest Australian Olympic shooter;  the previous mark was held by Anne Marie Forder was 18 at the Atlanta 1996 Games.

“It’s pretty exciting to know that I’ll be the youngest Olympic shooter for Australia,” Jones said.

“I’ve been dreaming of going to an Olympics for a few years now and to have the words written down on paper ‘you’ve been selected for Rio’ is amazing.”

Scanlan has already tasted success on the world stage and will look to help her country return to the Olympic podium after Australia missed a medal for the first time since Atlanta 1996 at the London Games four years ago.

“It’s a massive honour to make any Australian Team let alone an Olympic Team,” said the 25 year old from Melbourne.

“I’m really looking forward to this experience and hopefully if everything goes to plan and all my hard work pays off, then I can do Australia proud.”