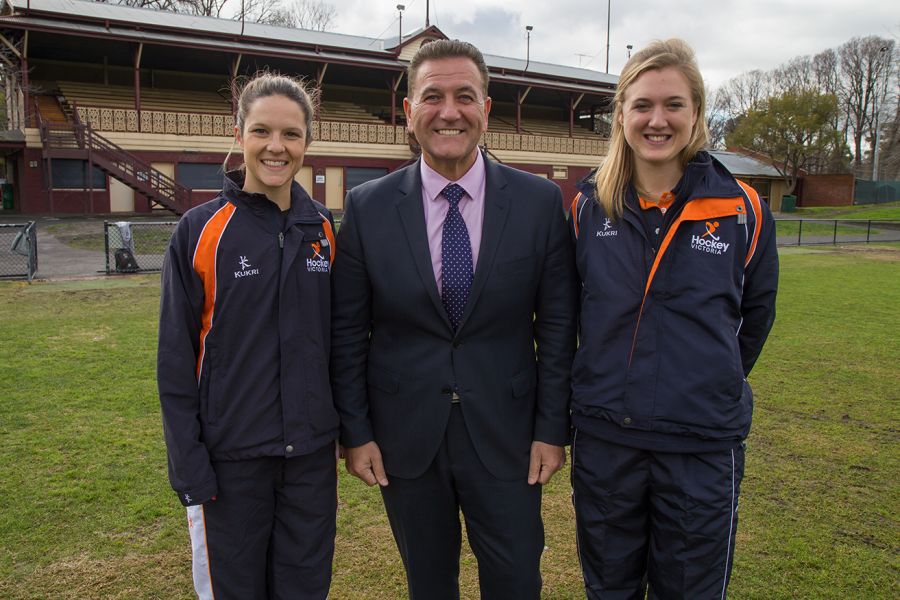 A qualified physical education teacher, Stacia (pictured above left) comes into the role with an impressive resume and brings a wealth of experience from both her playing and coaching career and professional life.

Stacia is well known to the VIS with a long and highly regarded history with hockey in Australia. She broke into the Australian Women’s national team in 2009 and played in that year's Champions Trophy. Since then the midfielder-defender represented her country 42 times.

Stacia has coached extensively, holding instrumental positions at several clubs throughout The Netherlands including Amsterdam Hockey Club, HIC Hockey Club and Qui Vive Hockey Club. She currently holds the position of co - coach of the Victorian U18 Girls Team and Emerging Vipers, a program to prepare and push athletes towards high level State teams, VIS Scholarships and National Squads.

The Victorian Institute of Sport Performance Manager Dave Crosbee welcomes Stacia’s expertise saying, “We are thrilled to have someone of Stacia’s calibre on board and believe our program will benefit greatly from her energy and expertise.”

Stacia will seek to continue the VIS's proud tradition in the sport of hockey and will commence her new role immediately.