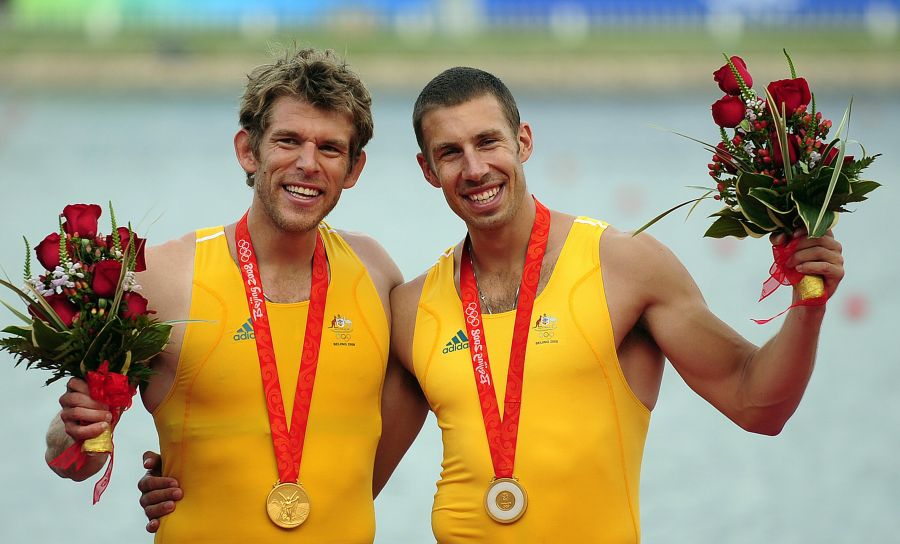 The three-time Olympian, who with Scott Brennan won gold in Beijing 2008 in the men’s double scull, decided at the National Selection Trials that he would call time on his elite international rowing career.

“Retiring is a tough choice in many important respects – I have always loved rowing and the lifestyle around it, and I truly believe I still have much to offer the sport – but I feel it is high time to devote more to my family and explore possibilities beyond the boat.

“Once it was apparent I was not going to be contesting the quadruple sculls at the Olympics – the boat to which I have devoted the last year-and-a-half – the question was whether I would trial for the double. Although this was the boat in which I have experienced my greatest success, I feel I am not in the double ‘frame of mind’ and there are other athletes who are well able to compete on the world stage at a high standard.”

Growing up in a sporty family, Crawshay took up rowing in 1993 at Melbourne Grammar School and debuted for Australia in 2000 where he went on to win his first medal for Australia, claiming a silver in the U23 Men’s Quadruple Scull at the Nations Cup in Copenhagen.

The Mercantile Rowing Club athlete won his first senior medal in 2003 in the Men’s Double alongside Peter Hardcastle at World Rowing Cup 3, while the following year, on the same course in Lucerne, he claimed gold in the Men’s Quadruple Scull at World Rowing Cup 3. Later in 2004, Crawshay made his Olympic debut as part of the Men’s Quadruple Scull, where the crew finished seventh overall.

The performance in 2004 drove Crawshay and teammate Brennan, to seek another shot at Olympic glory. Four years later, Crawshay and Brennan did just that – winning gold in the double sculls at the Beijing 2008 Games, on a day that was Australia’s most successful in Olympic rowing history.

The duo attempted to defend their Olympic title in London but finished eighth overall for Australia in the event after a season disrupted by injuries to both rowers.

“I was talking to Scotty just the other week and remarked that there is now a great symmetry in our Olympic careers – same Olympics, same boat classes, same results – and I am really proud of that. From the highs to the lows, I could not think of a better person to share the journey. He always provided a level head and a unique outlook on training and competition, and I could not have achieved all that I did without his example.”

At a domestic level, Crawshay will continue to represent Mercantile Rowing Club and Victoria. To date, he has won the President’s Cup four times for Victoria (the Interstate Trophy for Men’s Single Scull) and the King’s Cup twice. He has also been the Australian single sculls champion on five occasions.

“There are many coaches who have had a hand in shaping my career. My coaches at school instilled in me a love of the sport. The coaches and support staff at Mercantile, the VIS and the AIS were responsible for my development through to the elite level. My international coaches, including the great Reinhold Batschi, as well as Rhett Ayliffe and John Driessen opened my eyes to what was required to compete on the world stage. Additionally, I have been fortunate to row alongside a number of quality athletes who have provided great competition and camaraderie.

“I would also like to thank Rowing Australia, its coaches, staff and support staff who have looked after me over many years on the international stage.”

“But in the end, elite-level sport is an intensely personal thing and it is ultimately family and close friends that sustain you. I am lucky to have a number of really good friends who are always supportive of what I do. My family, including my immediate and my wife’s families, are always there for me emotionally and financially.

“Finally, my wife Siobhan is the rock in my life and a big reason why I decided to row post-London. She is as emotionally invested in my career as I am, so she feels keenly the agony and ecstasy that results from it.”

Rowing Australia Head Coach, Chris O’Brien, said of Crawshay, “David Crawshay has been the backbone of Australian men’s sculling for a number of years, most significantly since 2004. Throughout this time he has made huge personal sacrifice to ensure that our sculling boats have continued to challenge for medals.

“David’s ability to create focus within a boat, whilst at the same time keeping the enjoyment, has been a key part of his success. David was always a joy to coach as you could not be any harder on him than he is on himself; the mark of a true champion. The current strength of Australian Men’s Sculling has in a significant part been due to the enduring effort and quality performances of David Crawshay.”