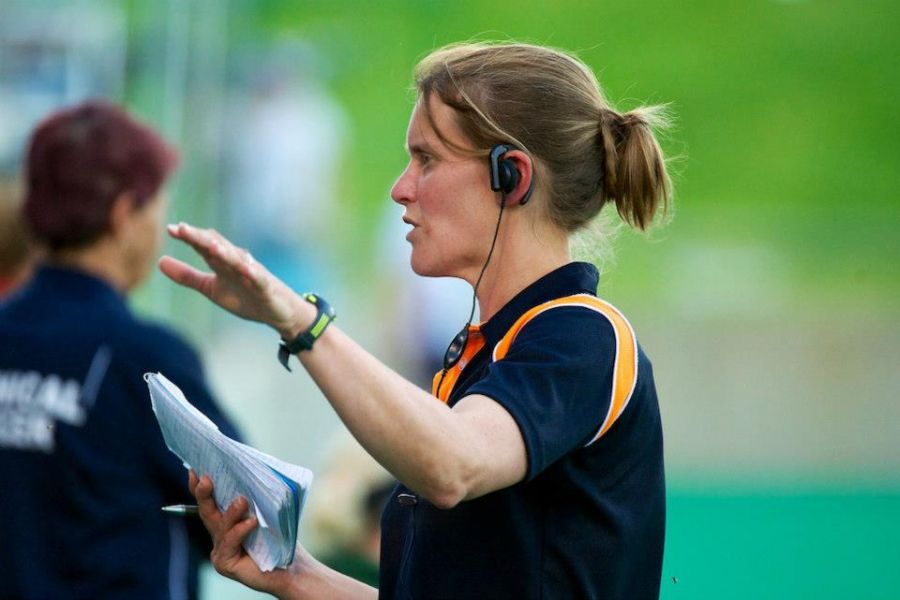 The Victorian Institute of Sport has today announced that Katie Allen has resigned from her position as Head Coach of the Women’s Hockey Program after 7 years at the helm.

Allen has decided it is an appropriate time for her to concentrate on completing her academic studies on a full time basis and in her own words, “to challenge myself in a different direction both personally and professionally for the remainder of 2016”.

VIS Performance Manager Dave Crosbee paid tribute to Allen, “Without her hard work, effort, coaching insights and desire to support and challenge athletes both in their hockey and personal development, the program and women’s hockey in Victoria would not be in the positive position it finds itself in.”

“I believe Katie’s decision highlights the fact she not only talks about challenging to effect change, but is also prepared to live this ethos on a personal level,” Crosbee added.

Katie was appointed to the Head Coach position of the VIS program in 2009, prior to this she played hockey for Australia at World Cups, Champions Trophy competitions, Commonwealth Games and Olympic Games, being part of the Gold medal winning team at the Sydney Olympics in 2000 before moving into coaching.

During her time at the VIS Allen has worked with a range of developing athletes, many who have gone on to represent Australia at the highest level of competition.

Other highlights of her tenure include guiding the Victorian Vipers to victory in the women’s Australian Hockey League competition in 2012, after a long 9 year wait. And more recently, developing the Elite Mentoring Program which utilised the experience of past and present senior players to improve the skills and abilities of a select group of VIS youth.

Mr Crosbee confirmed that Allen’s formal last day with the program and the VIS will be Wednesday 27th April and that all the partners in the program, Hockey Australia, Hockey Victoria and VIS are working together to ensure athlete support continues unaffected.