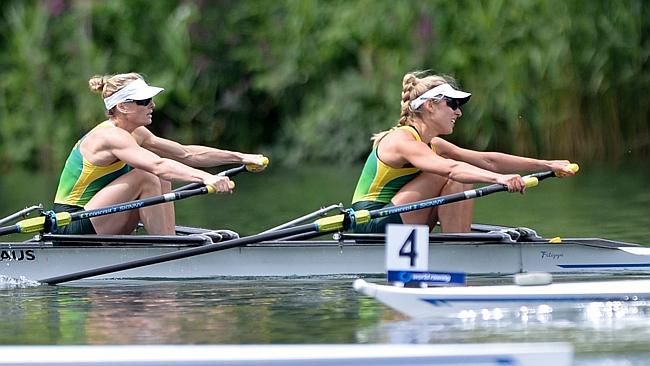 VIS athletes have impressed on foreign territory at the NSW Rowing Championships in Penrith over the weekend, with 17 VIS athletes progressing through to the National Senior A Selection Regatta in their bid for Rio de Janeiro Olympic selection.

VIS scholarship pair, Josh Booth and Joshua Dunkley-Smith led the way with a strong win in their heat before powering to a third place performance in the final of the Men’s Pair.

It continues Dunkley-Smith’s great form having set a new world record for the 5km stationary 'erg' test at the VIS last November.

Bronze medallist at the 2012 London Olympics, Karsten Forsterling continued to stake his claim for his second Olympic selection, finishing sixth in the men’s single scull.

Joining him will be the pair of Sam Hookway and Fergus Pragnell, as well as Tom Larkins and John Linke after their impressive pairs performances.

Tim Masters (training agreement) has also been invited to the national selections along with coxwains David Webster and Stuart Sim.

Alice McNamara blitzed her heat of the lightweight single scull before finding the going tough in the final, placing sixth.  McNamara remains in contention for Olympic selection, aiming to make her first Olympic squad.

In the women’s single sculls selection, VIS training agreement athlete Fiona Albert placed third, ahead of VIS scholarship holders, Lucy Stephan and Charlotte Sutherland. Along with coxswain, Sarah Banting, the athletes have been invited to the national senior selection trials that run from the 15–19 February.