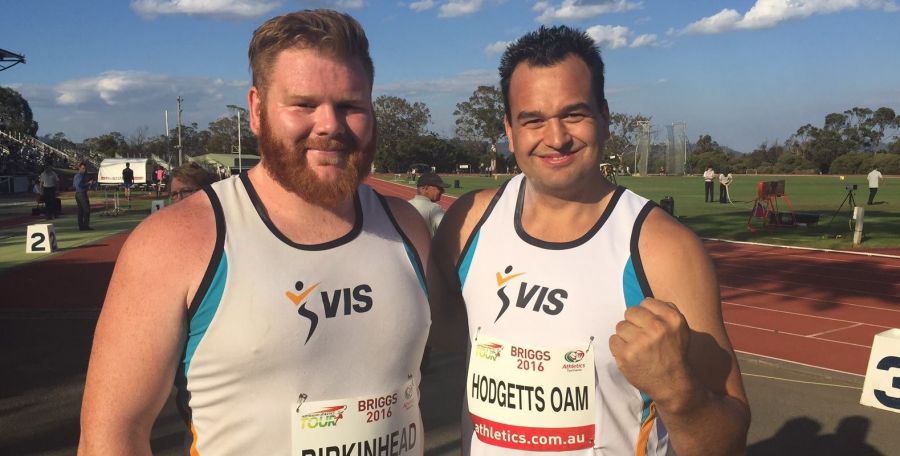 Home News Five VIS athletes made the journey across the Bass Strait to compete in the second leg of the 2016 Athletics Australia Tour in Hobart, the Briggs Athletics Classic.

Five VIS athletes made the journey across the Bass Strait to compete in the second leg of the 2016 Athletics Australia Tour in Hobart, the Briggs Athletics Classic.

It was shot put duo Damien Birkinhead and Todd Hodgetts who stole the show with earth shattering performances.

Birkinhead heaved the shot put to a new personal best, Rio 2016 Olympic Qualifier and meeting record of 21.21m. This was Birkinhead’s first time cracking the twenty one metre mark, which was ever so close to the Australian record of 21.26m, held by his coach and former VIS athlete Scott Martin.

Meanwhile, Genevieve LaCaze and Ryan Gregson put on a show for the Hobart crowd on Saturday evening, claiming victories in the 5000m and 1500m respectively, with LaCaze producing a big personal best of 15:41.74, taking line honours by over ten seconds. Lining up in his pet event for the first time this season, Gregson sent a message to the rest of the 1500m community, stopping the clock at 3:36.73, only 0.73 seconds outside the Olympic qualifier.

Meanwhile, VIS athlete Brett Robinson travelled to Boston USA to compete in the New Balance Indoor Grand Prix, toeing the line in the 3000m. Staking his claim for the 2016 World Indoor Championships in Portland (OR) Robinson recorded a time of 7:44.29 to finish in second place behind Ethiopia’s Dejen Gebremeskel.