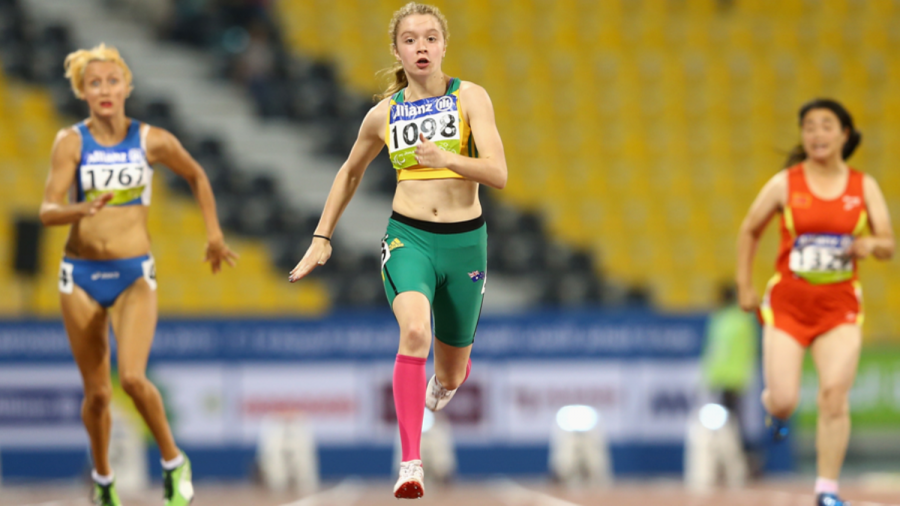 The meteoric rise of Isis Holt in athletics has continued, with the 14 year old VIS athlete smashing yet another world record to win gold on Friday in the women’s T35 100m for athletes with cerebral palsy.

Delivering her second opportunity to stand atop the podium after winning the world title for the 200m earlier in the program, Holt’s performance of 13.63 (w: +2.0) confirms her status as one of the athletes to watch at the Rio 2016 Paralympic Games.

Meanwhile in the F33 shot put, fellow VIS athlete Brydee Moore hit a season best mark of 5.20m with her fifth attempt to bring her into medal contention, with the results sheet listing her as the bronze medallist. However, a post-event disqualification saw the two-time Paralympic Games starter elevated to second place.

“People wrote me off after London. I had two surgeries and people were saying that I couldn’t come back, it’s amazing that I have. The faith that my coach, and Athletics Australia, and the team at the VIS had in me made me confident that I could and it’s awesome,” Hodgetts said.

Nicholas Hum placed 10th in the final of the T20 long jump for athletes with intellectual disabilities. Battling swirling winds, the London 2012 Paralympian leapt 6.31m (w: +2.0) with his third attempt after fouling in the first two rounds.