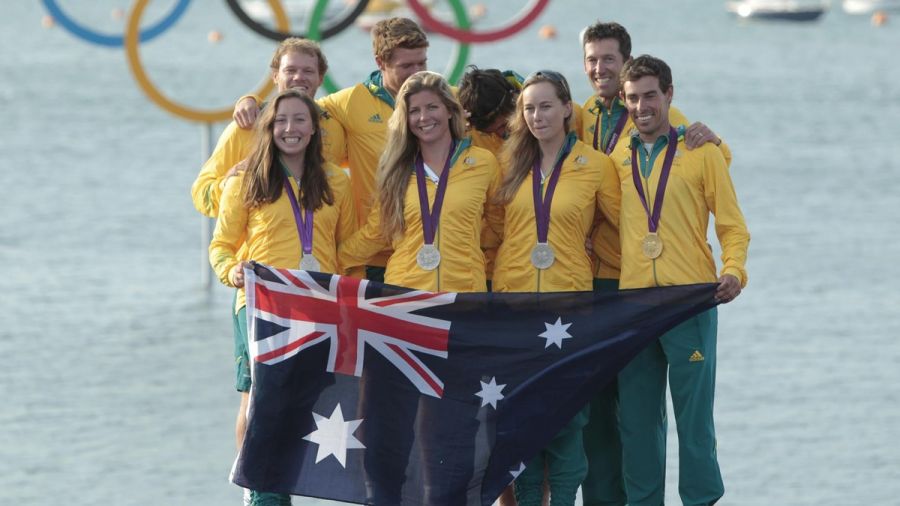 The Victorian Institute of Sport (VIS) sailors have been away from the water for two months. You might have seen them working out together online but what you haven’t seen is the video chats they have had with some of Australia’s best sailors in history.

VIS Head Sailing Coach Mal Page seized the moment and created a fantastic online learning program. From talented junior sailors to Tokyo hopefuls, Page has created a forum where sailors in all stages of their career have been diving into the education around sailing and especially decision making.

Page, a dual Olympic gold medalist and Sport Australia Hall of Famer directly coaches Sam and Will Phillips, who were both selected earlier this year on the Australian Olympic Team. Another Tokyo selection Tess Lloyd has also participated in the online sessions. Lloyd sails in the 49er FX with crew Jamie Ryan (NSWIS).

While Lloyd and the Phillips brothers all still have hopes intact of participating in the pinnacle of sailing next year, a young duo of sailors had their dreams crushed of competing at the Youth World Championships.

Talented VIS sailors Linus Talacko and Lachlan Grogan (Int 420 Boys class) were set to compete at the regatta originally scheduled to take place in Salvador, Brazil in December. Australian Sailing had recently announced the selections for the Australian Sailing Youth Team (ASYT) to compete at the event. Even though Talacko and Grogan will remain as a part of the 2020 ASYT the team will be re-selected for the 2021 Youth World Sailing Championships.

With athletes going through the obstacles that COVID-19 has presented, the VIS Sailing Coaches have stepped up to the challenge and created amazing learning opportunities while ensuring the athletes have been supported through the process.

Decision making in sailing is key and the sailors have spent this time doing sailing curriculum based learning online. According to Page, at some level they have been able to deep dive into some topics that would normally take ages to get to.

Some of the topics have been strategy, starts and tuning, which are all integral parts of sailing. The athletes have reviewed their races, discussed risk management and been educated on recovery processes with VIS Sport Scientist Sylvie Withers.

The caliber of people that have guested the sailing program’s online sessions has been tremendous. The VIS sailors have engaged with no less than three Olympic gold Medalists and that is not even counting Page.

The VIS athletes got a chance to virtually meet Nathan Outerridge, gold medalist in London 2012 and Tom Burton, gold medalist in Rio 2016. The athletes quizzed the champions about their campaigns, important learnings and what it took to be the best at the highest level.

Page brought in Sydney gold medalist Belinda Stowell to quiz him on the topic of ‘teammates’. This took no less than two hours. In summary, the VIS athletes have been given the opportunity to pick the brains of some of Australia’s, if not the world’s, most successful sailors over time.

Another unique part of this online program has been the collaboration with other state sporting institutes. The VIS collaborated with Western Australia Institute of Sport (WAIS) on the session with Stowell and sailors from other states have also been invited to participate in the online sessions.