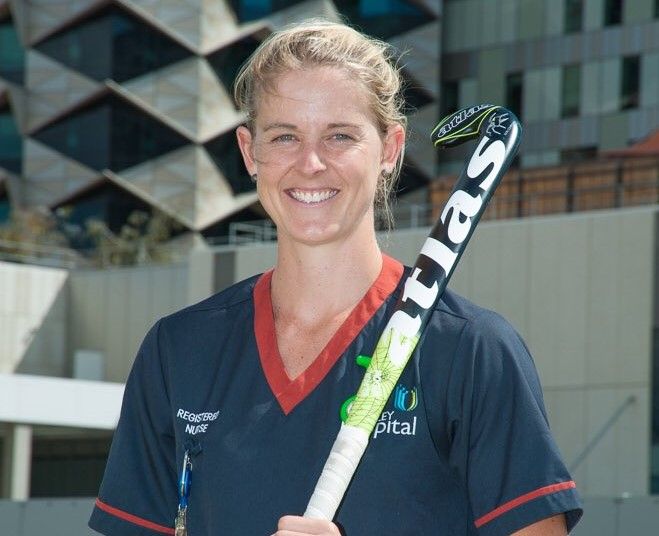 Victorian Institute of Sport hockey scholarship holder, Rachael Lynch, has found “comfort” in the announcement that the Tokyo 2020 Olympic Games would be postponed.

Lynch who recently won the FIH Goalkeeper of the year, has been managing her dual-career as a part-time nurse and athlete for over a decade now, and the decision to postpone the Olympics now gives her the opportunity to focus on helping people who are falling ill of COVID-19.

Right now the only place I need to be is at the hospital." She said.

All members of the Hockeyroos squad, who are located in Perth, were given the opportunity on Monday to fly home to their families when they found out training was suspended. But instead of heading home to Melbourne, Lynch knew that “she wanted to be at the hospital and working.”

“This is obviously something that is bigger than all of us.” She said.

“So to be able to come and work in the hospital and contribute in that way and do my small part and hopefully make a difference.”

Lynch says that Perth’s Fiona Stanley Hospital, where she currently works in neuro-rehabilitation, is “desperate for staff” and so she has taken the decision to apply to work in the hospital’s COVID-19 Assessment Centre.

"I just feel like I can help there, just because COVID-19 is happening doesn't mean all the other illnesses have stopped so - the hospitals are busier than ever and our intensive care unit is already full." She said.

“I’m so proud and thankful to all the health care workers who are helping fight COVID-19."

Lynch also runs her own goalkeeping businesses (STOMP Goalkeeping) and actively promotes mental health awareness on her own social platforms as an ambassador for ‘RUOK? Day’. She says that based on current Government advice, she will continue to encourage people to stay at home using her own accounts.

The veteran Hockeyroo became the most capped goalkeeper in Australian history, when she overtook her childhood hero, Rachel Imison, to record 208 appearances for the Hockeyroos. And at 33-years of age, she did admit that there was a “worry” she wouldn’t get another chance at Olympic Games glory.

“My time is certainly coming to an end and the fear that it would either be cancelled or postponed for maybe two or more years was a bit of a worry," Lynch told The Sydney News Herald.

"Hearing that it's going to be in 2021, I think is a really good thing and I'm excited about that opportunity but it's really at the back of my mind at the moment."