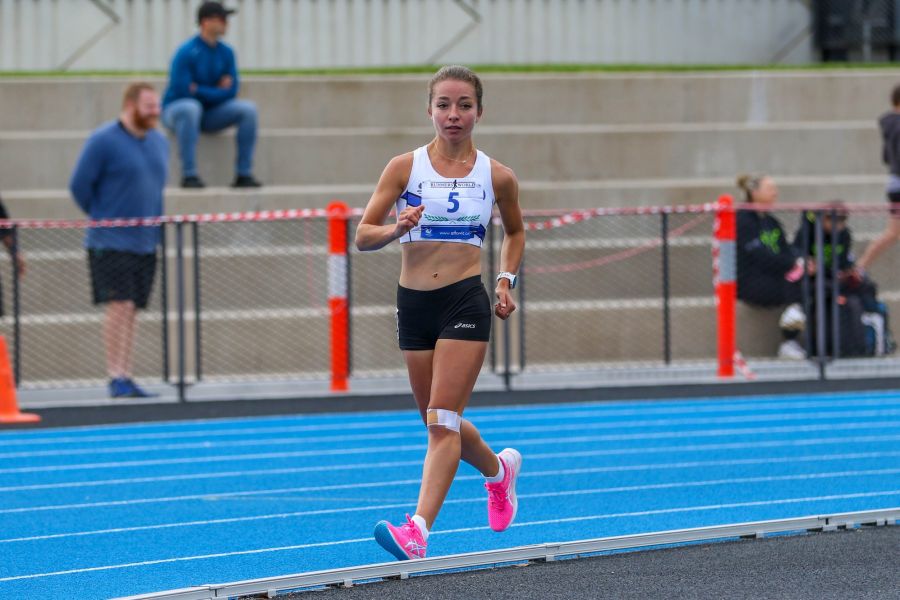 In VIS sport, Jemima Montag records a 41 second PB matched with a new Victorian record, Robinson finds her way back onto the winners list and the cyclists battle it out at Madison Nationals.

Jemima Montag stole the show in the 5km walk at the Victorian Championships. She walked a 41 second personal best in a time of 20:51.03 to become the second fastest Australian of all time and the new Victorian record holder.

Meanwhile, Jack Rayner also broke a record of his own, running away from the field at Hobart’s Run The Bridge 10km event in a time of 28:28 to register a new course record.

Robinson looked unstoppable from start to finish, and shone across all her earlier heats, consistently posting two-wave heat totals in excess of 13-points. The win at Maroubra is the Victorian surfers first major QS win since Phillips Island back in 2018.

“I’m over the moon with this result, especially to win in these conditions,” said Robinson. “Small waves are generally not my strong suit, so to claim a win when it’s like this gives me a lot of confidence as we head into the Central Coast. I tried to get busier and just hope for the best to be honest. Hopefully, this will be the first good result of many.”

The QS will run from January through to July 2021 and determine who has qualified for the CS, which will run from August through to December 2021. Each region will have an allocation of surfers that can qualify for the CS through their regional tour. Athletes will be able to roll over points from 2020 QS events into the current season. Australia/Oceania will receive an allocation of ten men’s and eight women’s spots onto the Challenger Series based on the regional QS rankings.

Cyclists battle it out at Madison National Championships

In a race for the ages, beneath the lights of the Adelaide SuperDrome, the nation’s best battled it out at the 2021 AusCycling Elite Track Madison National Championships.

The Australian Cycling Team members immediately emerged as the podium favourites. They began to dominate, with NRS mainstay Jensen Plowright riding exceptionally as the only non-track squad member in the podium chase. Plapp and Plowright dropped points early on but slowly closed the gap to Meyer / O’Brien as the race neared halfway.

Plowright shone, putting in some well-timed jumps through heavy traffic to hit the line first and take some large points. Only 7 points covered first to third, with Meyer / O’Brien incrementally edging ahead of Plapp / Plowright, swapping second place with Howard / Welsford. A critical sprint at 20 laps to go saw Welsford win by a tyre-width over Plowright and reduce the gap to 2 points. But Plowright then slung Plapp, who buried himself to find a big stretch of empty boards and re-launch Plowright, who took the 10-lap sprint and a bag of points.

It took the Commissaires considerable time to dissect the final 10 laps and award Leigh Howard and Sam Welsford the win by a single point over Cam Meyer and Kell O’Brien. Luke Plapp and Jensen Plowright took home bronze, only 3 points behind gold.

It was exciting times to see Steph Catley return to pitch-based training for Arsenal after having undergone surgery in January for a severe hamstring tear.

Doing it for VIC