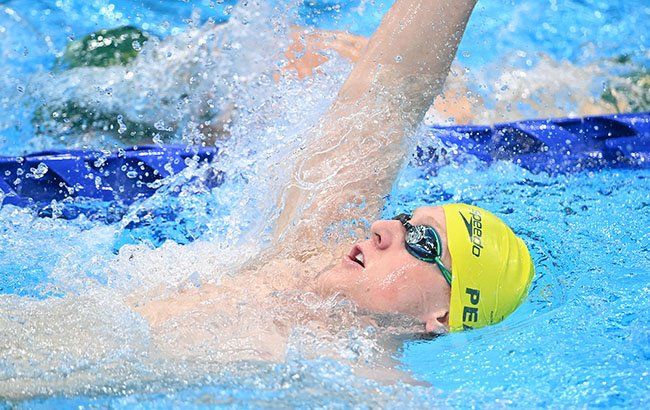 Today our road cyclists get ready to take the track with Carol Cooke, Stuart Tripp, Emily Petricola and Alistair Donohoe all set to go for gold. Col Pearse is ready to make his Paralympic debut, as Dylan Alcott competes to secure his spot in the gold medal match.

Image: Col Pearse gets set to make his Paralympic debut at 11:33am today. Credit: Paralympics Australia

Arguably one of the most decorated and motivational figures in Australian sport, is three-time Paralympic gold medallist Carol Cooke. Already a 9-time World Champion, Cooke will look to add to her medal collection at Tokyo 2020.

Diagnosed with multiple sclerosis in 1998, Cooke took up para-rowing in 2006, in which she narrowly missed the Beijing 2008 Paralympic Games, before she finally found her calling in the sport of para-cycling. In 2012 she made her Paralympic debut in London and won gold in the mixed time trial T1-2 event. Four years later in Rio, she went on to win two gold medals in the T2 women’s individual time trial and the road race.

With the competition stronger than ever at Tokyo, Cooke is ready and raring to defend her Paralympic titles, and if anyone is up for the job, it’s Carol.

Another athlete to watch with great excitement will be Alistair Donohoe, as he returns to the cycling track with one thing on his mind – redemption!

In Rio, Donohoe won silver medals in the C5 men’s individual pursuit (track) and the time trial (road). But it’s the men’s road race that he will be looking to make a statement in.

Col Pearse will be one to keep your eye on in Tokyo, he will be competing in the men's S10 100m Butterfly, 100m Backstroke and the 200m Individual Medley.

Pearse had his right foot amputated from below the ankle at age two following a collision with a ride-on lawn mower. He first made his senior Australian debut in 2019, competing at the London Para World Championships, where he won a bronze medal in his favoured 100m butterfly event.

Pearse’s journey to Tokyo has been quite unique, as the closure of swimming pools in 2020, due to COVID restrictions, forced him to think outside the box.  As a result, he decided to return home to his family’s dairy farm in Echuca, where the family built a “home-made” swimming pool in the farm’s dam.