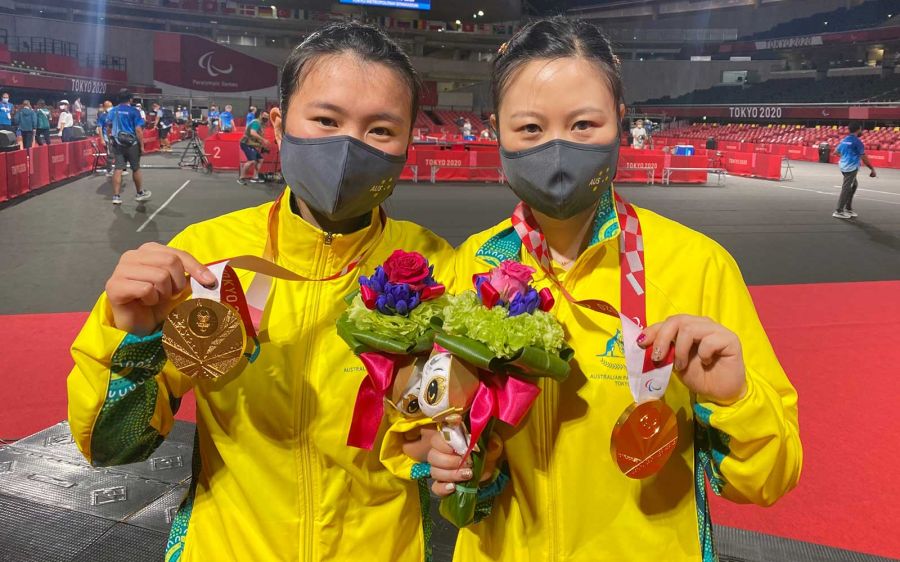 Australia’s Para-table tennis program enjoyed its most successful ever day on Monday, claiming a remarkable two gold medals – as many as Australia had won in total in the 61 years since the first Paralympic Games, in Rome in 1960.

Proud new Australians Li Na Lei and Qian Yang, who each moved from China after Rio 2016, won the Women’s Singles class 9 and class 10, respectively. It was the first time in 37 years Australia had won a gold medal in the sport and added to the silver medals won by Ma Lin and Sam von Einem earlier in the program.

Lei and Yang were both formidable on court.

Yang and Lei were joined by fellow Victorian Institute of Sport scholarship holder Melissa Tapper in the Women's Teams (Classes 9-10) event where they won silver.

"Yesterday was pretty special. It’s been a long 9 years but we have finished Tokyo 2020 on the podium." Tapper said.

"Would not have been possible without my legendary team mates Lina Lei and Qian Yang but the pride and happiness I feel is out of this world."

"This one is for the little girl that’s nervous to play sport. For the kid with a disability that isn’t sure that they can be something. For the country kid that needs to sacrifice and make choices to keep up with the city kids. It’s for the people that provide endless love and support no matter the outcome."

"But mostly, this one is for me. Loyal. Proud. Fierce. Once a Paralympian, always a Paralympian… and now a silver medalist."